The decision to portray Kate, Edwina, and Lady Mary from the book series as South Asian ladies in Bridgerton season 2 is unusual for Regency-era productions. As much as Bridgerton's first season cleared the path for increased Black representation in UK period dramas, the show's second season may have done the same for four South Asian characters. It's worth noting that Bridgerton was never meant to be a flawless replica of history, but the programme did seek guidance from South Asian specialists on characterisation and historical context. Dr. Priya Atwal, who wrote a book on the Sikh Empire in the late 1800s, provided historical context for the Sharma family. 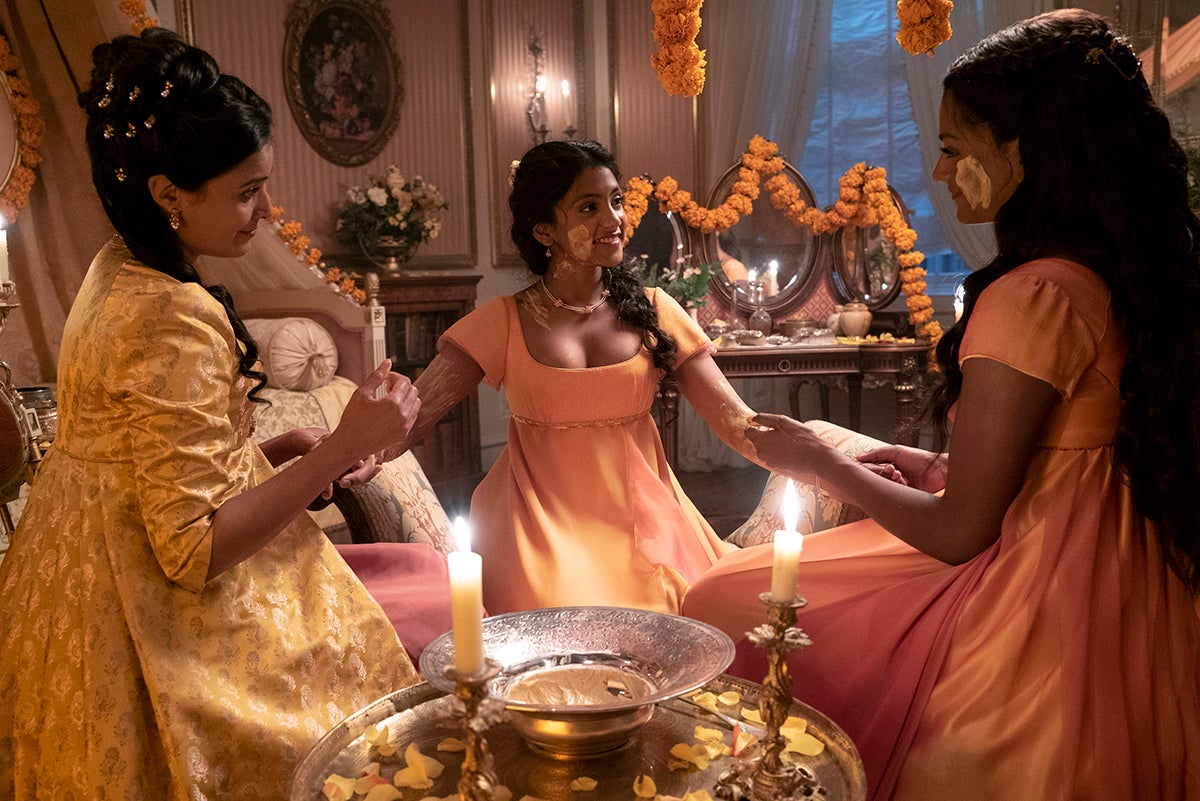 Despite the efforts for inclusivity, some South Asian viewers were offended by the show's portrayal of the Sharma family, Bridgerton believes that future historical plays should shift away from honouring the British empire and instead focus on the potential of South Asian performers.


The casting of Simone Ashley and Charithra Chandran as Kate and Edwina could be perceived as a response to the critiques received from the first season which lambasted the series of colorism and promoting just one sort of racial/ethnic diversity. Shonda Rimes, the creator, comments in the press notes issued to critics by Netflix saying “Finding some South Asian women with darker skin and making sure that they were represented on screen authentically and truthfully feels like something that we haven’t seen nearly enough of….And the idea that they are from another culture, we weave that into the story in a wonderful way to enhance the idea that the very English values of our characters are not necessarily the only values worth having. That’s reflected in Kate’s reaction to English tea — but, really, it is a very important way of making sure that we are including the world in this.”


Brulée strive towards better representation and ease of access for women with complexions that are not well represented in the media even today; seeing women of colour being portrayed in what we perceived to be an accurate manner has been wonderful to see and despite the criticism, it should be seen as a huge step forward for individuals of South Asian descent.


For any period drama, perfection is an unrealistic objective. The debate about expanding the breadth of period dramas so that individuals of historically marginalised races and ethnicities may see themselves in parallel worlds and historical recreation-based shows is not going to go away. Bridgerton season 1 now has resulted in more Black performers playing leading parts in historical dramas and we can hope that  Season 2 of Bridgerton will result in additional chances for South Asian artists and storytellers to portray the accurate representation of the culture that the media has been starved of thus far.

Why do my cosmetics contain Lysine?

A guide to finding your perfect concealer shade match